But many people are started to create invalid/fake NBI Clearance because of its high demand. Of course you would see a lot of them at a side street of Recto. The place is always considered to be a black market of any fake documents in the Philippines.

At the time of walking around around the street of Recto, by just under the LRT railway, you will see the various display’s of their work. From the fake diploma, birth certificate, Employment ID and also the NBI Clearance which is appear to be issued by a legitimate NBI Clearance Online website but (believe me) it does not.

But it does not matter how frequent the authorities get to raid an establishment, just they would disappear for a while and (it is for sure) will be come back the other day. Of course we do not know how would they do it but i can bet it is already the biggest industry that has been established itself which is even our Government can not do anything regarding of this issue.

Usually, the dilemma now starts whenever you’re on the other side of a fence. Here few questions would arise now…What if you’re an employer and the person you’ve hired handed you an NBI Clearance as one of his pre employment requirement? Will you doubt its authenticity or will you just accept it without hesitation? What if you hired a wanted criminal? A thief? or worst, a murderer?

In your business you do not want to have such thing of course this is not about discrimination. So it is risky. Plus, you how you can believe someone with your business those who has been lied from you in a first place.

Are forged NBI Clearances are very rampant these days? we have certainly no idea regarding to this question why many people are still patronizing it but if (in my opinion) however we were given the fake NBI Clearance by one of my employee, in this case we would totally fire them for just being falsifying Government document. Plus, they betrayed my belief.

But mainly, the reason is people are availing the duplicate/fake NBI Clearance is just because they have something to be hide. Like something that their employer do not want to find out? So one more reason is the people do not have that much time to go via the entire process. Especially if a person knows like he/she may have a HIT and so on it will be take them ten working days before he/she has gotten one.

Al though, the forged NBI clearances had been rampant in these days. And of course for the potential applicant to the resort to be counterfeiting probably have something to hide it. But they not to mention which forgery is illegal and also they considered like a ‘Crime Against Public Interest.’

Please you have to bear in the mind that the forgery is illegal and who has committed to do so they considered as a criminal in the Philippines. So then you can get imprisoned with such act.

So how can we deal with this type of problem? It’s simple, we just verify the authenticity of the NBI Clearance Online. But how? Let us discuss it below.

How to Verify an NBI Clearance ?

Now you need to visit their official website via the internet browser. But if you do not know, then the the site is “https://clearance.nbi.gov.ph/” 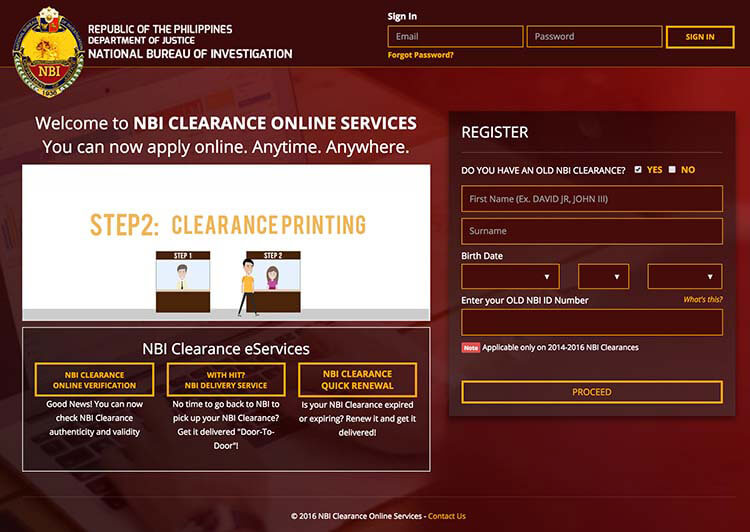 Once you go through the above link then you will arrive to its home page. Then from the bottom left of your screen, you have to find “NBI CLEARANCE ONLINE VERIFICATION”. You can check the below image for the reference. And then click on the proceed button with the verification!

Here you will have two options to verify the authenticity of the NBI Clearance. Of course it is either you would enter it manually the NBI ID Number or else you can scan the QR Code found which is both are found in a hard copy of NBI Clearance.

After you finish typing in NBI Clearance ID Number form, you have to click the verify button to (finally) see if NBI Clearance you have is authentic or not.

If the NBI Clearance is valid or authentic after you enter your ID number, then the same as mentioned in below image type window will open. 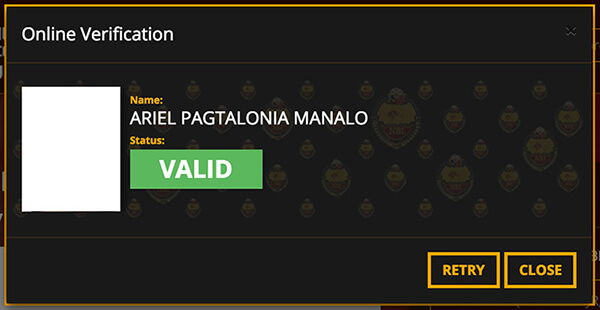 If the NBI Clearance is not valid then it will pop up with the below message:

The system cannot find the given NBI ID Number.
If you’re getting this message then you need to be verified it first to save yourself from troubles in future.